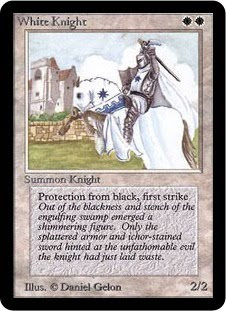 There have been a couple of columns by white conservative men recently that have essentially said "women are better than men." Roissy took Paul Greenberg on, as did The Spearhead and Dr. Helen. They do not seem to have noticed Jonah Goldberg's similar column from around the same time, so I'll be addressing his column here.

Female worship is popular among conservatives (when I use conservatives in this post - indeed, most of my posts - I'm referring to the mainstream conservatives, neocons, and religions right, not paleocons, libertarians, HBDers, and Patriots). Liberal men might believe that all of women's problems are caused by evil white male patriarchy, but conservatives view women as children and thus not responsible for their actions - there's always a man ultimately behind them. Abortion is a good example of this. Pro-lifers spend their time shutting down abortionists and passing laws that try to restrict them, but they don't go after women who have abortions with that much furor. Instead, they view them as victims (of men, of course) and try to help them - but probably wouldn't do the same for a mafia don who hired a hitman to kill someone for him. The women in combat issue is a another example. While there are reasons to oppose women in combat arms, such as physical standards, conservative opposition essentially boils down to "those poor little women might be killed and if they are captured they will be raped." No mention of the fact that male military deaths in Iraq outnumber female deaths by about 50 to 1. No mention of the fact that women are voluntarily enlisting to fight in the military - once again they are viewed as children irresponsible for their actions. (Also, if they care about women being raped, conservatives ought to focus on the epidemic of black-on-white rape, but that's a little off-topic.)

One of the errors that these conservatives make is assuming that women are responsible for civilization and that without women's guidance, men would be club-dragging barbarians. "Women civilize men," Jonah Goldberg concludes in his column. It would be far more accurate to state "men civilized women." It was men, not women, who established civilization and its laws. If women civilized men, then the ancient civilizations would have been matriarchal, but instead they were highly patriarchal. The ancient Greeks, in particular, had a dim view of matriarchal societies. Today's popular culture views the Amazons as "good guys," but they were villains in Greek myth, representing the uncivilized barbarians of the east and opposing the patriarchal, civilized, enlightened Greek men. Since conservatives like Goldberg are always criticizing liberals for undermining western civilization, I wonder what they would say if they knew that the fathers of western civilization viewed men as the civilizing force?

Goldberg makes more ridiculous statements. For example, in the lead he talks about mothers ironing their daughters' breasts in Cameroon to make them more attractive to boys. Let me repeat that: he thinks women civilize men, yet he opens his column by describing WOMEN WHO IRON THEIR DAUGHTERS' BREASTS! I know neocons aren't supposed to make sense, but really... He of course blames the horrific things that Cameroonian women do to their daughters on men. And this type of conservatism is different from feminism in what way? Sure, he might oppose abortion, but his worldview is eerily similar to feminists'.

Female equality seems to be a pretty reliable treatment for many of the world’s worst pathologies. Population growth in the Third World tends to go down as female literacy goes up. Indeed, female empowerment might be the single best weapon in the “root causes” arsenal in the war on terror.

He does have a point about female literacy being beneficial. Educated people are less likely to do stupid things and are more productive, thus educated societies are better - but how this involves women civilizing men he never explains. As for the War on Terror, the root cause of anti-American terrorism is American support for Israel, which has nothing to do with female empowerment. Plus there's the fact that women are increasingly joining terrorist, insurgent, and guerrilla organizations. Women made up a large percentage of the LTTE including many (most?) of their suicide bombers. Even Islamic militants, including Chechens, Palestinians, Iraqis, and even Pakistani fundamentalists use female fighters. They make up around a third of the PKK, FARC, and the Communist Party of Nepal, which are among the more well-known guerilla/terrorist groups. And what do the LTTE, PKK, FARC, and CPN-M have in common? They all promote female empowerment. This video about PKK women shows it pretty clearly with the interviews of angry young women with assault rifles, especially at the end when they show the feminist indoctrination. Female empowerment does not lead to peace, it leads to twice as many people being capable of waging war.

Looking at their pictures, it's pretty easy to see why Greenberg and Goldberg hold these views. Greenberg is an older man and grew up before the chivalry of the 1800s to 1960s died away and is struggling to deal with the conflicting ideas of chivalry and female equality. Goldberg strikes me as an overgrown frat boy. Maybe he got drunk a lot and did stupid things in college, but stopped when he got married so he thinks his wife civilized him.
Posted by TAS at 7:38 PM