The Thousand Year Reich Comes to an End

Paleocons and white nationalists are taking note of a demographic prediction that places 2066 as the year in which whites in Britain will be a minority.  It couldn't happen to a more deserving nation.

The media portrays the English as a refined people, but they are nothing more than well-dressed barbarians who spent the last thousand years conquering as much as the world as they could - from their medieval Celtic neighbors to modern Iraq.  Imperialism, which greatly contributed to nonwhite grievances and liberal self-hatred of Western civilization while doing nothing to civilize the Third World, was enthusiastically embraced by England.

In addition to imperialism, the English enthusiastically embraced every form of feminism, multiculturalism, and racial egalitarianism.  Political correctness has replaced the Church of England as the state religion.  The English have progressed from arresting heretics to those who utter hate speech.

England isn't worth saving.  Paleocons, race realists, white nationalists, and HBDers should focus on the nation that is.
Posted by TAS at 7:56 PM 5 comments:

Over at The Spearhead, WF Price writes about a Ukrainian feminist group called FEMEN, which consists of young feminist women who protest - oftentimes topless.  There is a lot that could be said about their antics and the state of modern feminism, but overall Ukrainian men should consider themselves lucky.  As illustrated below, it could worse. 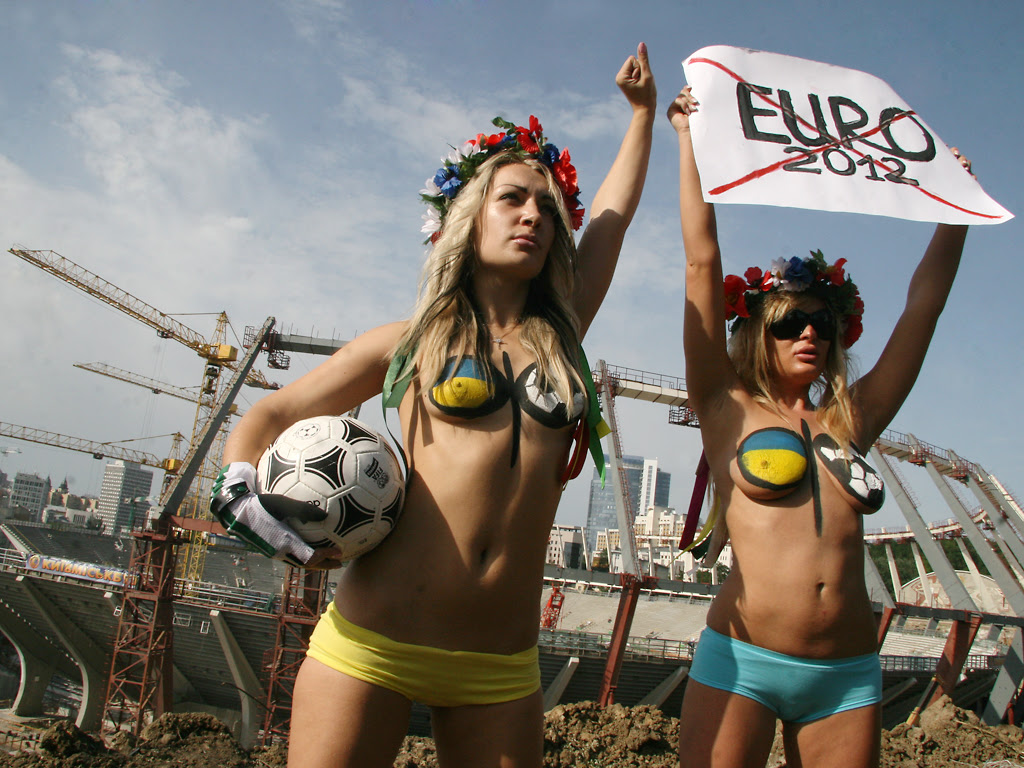 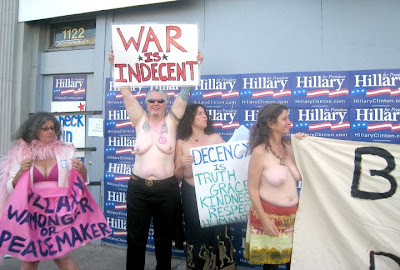 There probably isn't an institution more to blame for the Mexican deluge than the Catholic Church. There was a time in which the Catholic Church was one of the foremost defenders of Western Civilization, but that time has long since passed.  Now, the Catholic Church cares only about increasing its numbers, usually by recruiting nonwhites (although the same can be said of virtually every Christian church in America - from those of liberal Methodists to conservative evengelicals).  In the United States, the Catholic Church has effectively become an arm of the diversity industry, opposing laws cracking down on illegals, supporting amnesty, and pushing for more social(ist) programs to provide for America's imported lumpen.  The current Völkerwanderung has impacted the Church's demographics - 32% of Catholics in 2008 were Hispanic, but only 20% were in 1990.

It's no secret that non-whites hold superstitious beliefs that Europeans shed during the Renaissance and Enlightenment.  Serious belief in witchcraft is common in parts of Third World countries and when people from those places come to the United States, they bring their backwards practices to the United States with them (Santeria, practiced by Hispanics and black Caribbean immigrants, is a good example of this).


The Catholic Church is already starting to show a response to its influx of large numbers of superstitious people from areas where witchcraft and sorcery are taken seriously.  Last weekend, as the New York times reported, American bishops met to deal with the increase in the number of exorcism requests.  The article notes that many American Catholics, both laymen and priests, are skeptical of exorcisms, so why is there such a new, high, demand for them?


But [Fr. Richard Vega] said that there could eventually be a rising demand for exorcism because of the influx of Hispanic and African Catholics to the United States. People from those cultures, he said, are more attuned to the experience of the supernatural.

Congratulations, bishops.  Your love of nonwhite immigration, missions to Third World cesspools, and minority outreaches is transforming your church into a medieval cult that will end up as the butt of countless late night comedians' jokes.  Another Western institution is being destroyed by diversity.
Posted by TAS at 5:50 PM 1 comment:

I had written a long post containing various thoughts on the Republican victories in the midterms, then when I opened it to make some final edits, Blogger autosaved, deleted all of my text (the undo function was unresponsive), and then autosaved again.
Posted by TAS at 3:57 PM 2 comments:

Michigan's alcoholic beverage control commission recently banned the sale of alcoholic energy drinks, most prominently Four Loko, which is sold in 23.5 oz. cans that are 11% abv and contain as much caffeine as a cup of coffee.  This was necessary since combining stimulants and depressants is dangerous according to the commission.  Apparently there have been incidents in which retarded college students and future Darwin Award winners drank too much of it too quickly and were hospitalized (the caffeine masks the drunkenness so people inadvertently drink a lot more than they should and in some cases they drive, mistakenly believing they are sober).  Rather than hold people who make stupid choices responsible for their actions, they decided to ban these drinks for everyone.

If the state is going to ban Four Loko, then will they ban Jaegermeister and Red Bull?  Dropping a shot of Jaeger into a pint of Red Bull produces the wonderful drink known as a Jaegerbomb.  Plenty of other alcoholic and caffeinated drinks mix well together.  People have been drinking rum and coke since the early 1900s and Irish cream mixes well with coffee.

This won't stop anyone from mixing alcohol and caffeine - they can just do it themselves with a shot of vodka and a can of Mountain Dew.  And it won't prevent anyone from dying of alcohol poisioning caused by overdrinking - college students are capable of doing that with pretty much anything that has alcohol in it.  It's just another useless law that will have no effect other than to limit consumers' choices while gratifying a few fun-hating dinosaurs on a government commission.
Posted by TAS at 9:21 PM 2 comments: